Russell Timber Technology are proud to have supplied and installed the Sliding Sash Windows and Hardwood Timber Doors for Pthe Crest Nicholson elements of the Noble Park Scheme located in a green belt area of Epsom, Surrey boasting park lands and rolling countryside. Noble Park is a magnificent example of heritage focused refurbishment centred around  the dilapidated West Park Mental Hospital, erected between 1913 and 1924, and officially opened in June 1924.

The architectural inspiration for this red brick hospital was influenced by the American ‘colony’ design, where several wards were grouped together within the same building. Each building with its own communal integrity was linked to the others by long, connecting corridors that stretched out across the site.
Before 1970, West Park had facilities for around 2,000 patients, but the hospital’s closure was arranged in the 1990s, after local authorities began providing support for mentally disabled people away from the old institutions, so it was slowly run down and closed in 2002. Sadly, an arson attack destroyed the Great Hall in 2003.

In 2010, Crest Nicholson and Linden Homes were granted permission to re-develop the whole West Park site using a mixture of 1 to 2 bedroom apartments and 2  to 5 bedroom houses, creating 220 private residences and 149 affordable homes for Rosebery Housing Association under a Section 106 agreement with Epsom and Ewell Council, plus four residential units within the Grade II listed Water Tower, the landmark of West Park.

Great emphasis was put on maintaining the Edwardian heritage of the original buildings, especially those of Grade II listing,  by using traditional red brick and slate roofs, and the overall theme of the development was a sympathetic blending of traditional with contemporary, and town with country, to work seamlessly with the lush natural surroundings and abundance of mature trees.

This is where Russell Timber Technology was able to excel, with our range of Traditional Softwood Timber Sliding Sash Windows with 28mm astragals, and 58mm Hardwood Insulated doors from our QTE 7 and 8 ranges,  again with astragals where specified to complement the windows. The overall effect was a perfect reflection of the original design but to modern day sustainability standards with U-Values of 1.4. 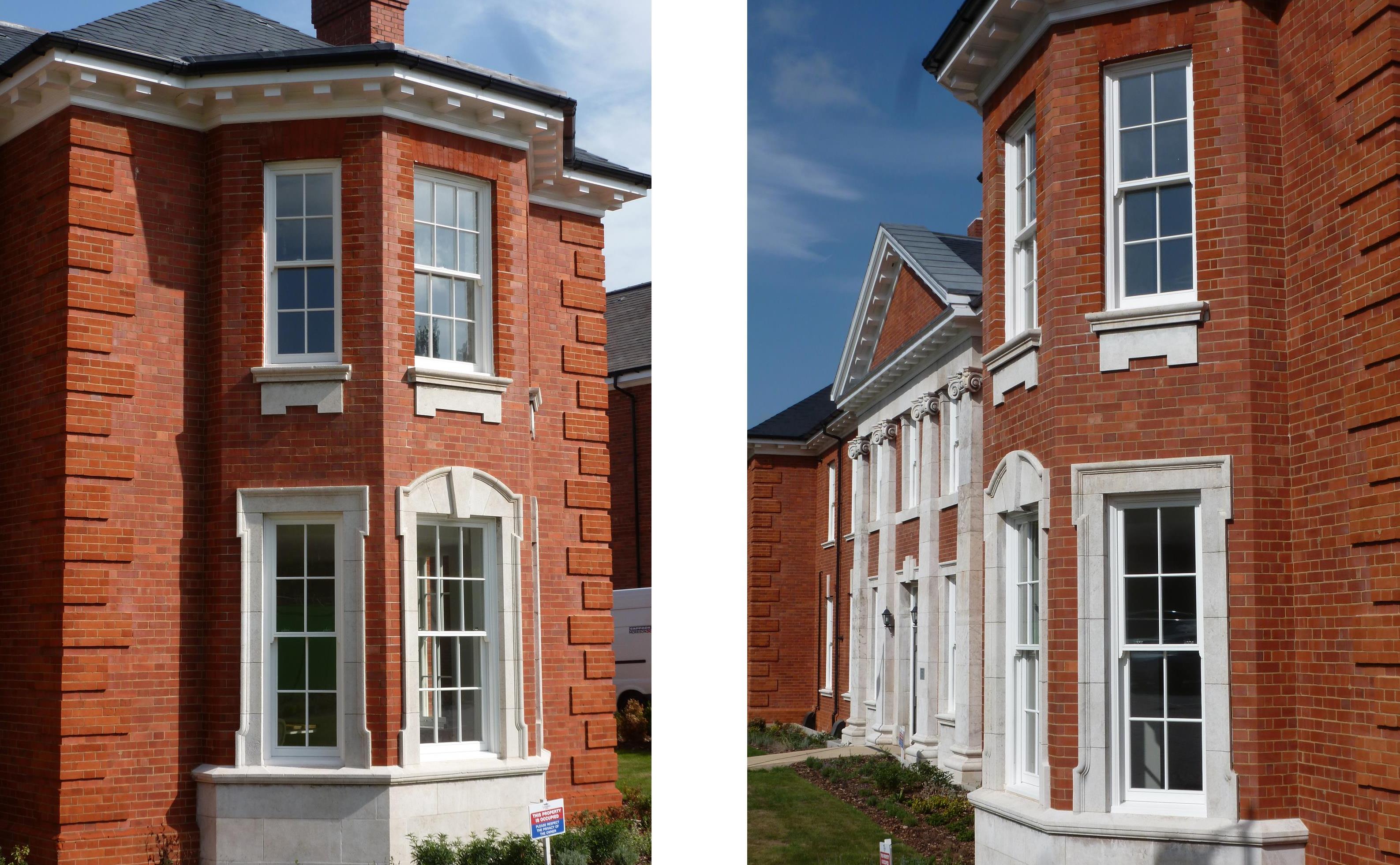 Besides the attention to aesthetics, Noble Park has been designed with sustainability in mind. CO2 emissions across the whole development are half those of conventional ones, achieved by the use of renewable Solar energy technology and environmental construction techniques. The homes were designed within the stringent requirements of The Code for Sustainable Homes, as well as being flexible enough to adapt to different needs as their occupants’ lives evolved.

In addition, Noble Park boast fives unique homes delivered as part of the AIMC4 Partnership, which is pioneering low carbon homes for the future.